$65M Boost for New Insecticide Use in Africa 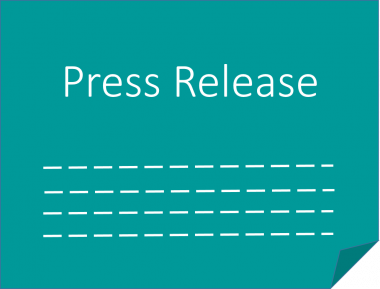 A new $65 million initiative to boost malaria control was announced today in Geneva. IVCC signed a partnership agreement with Unitaid in a project that will combat resistance to insecticides by improving access to new, low-cost anti-mosquito sprays across Africa.

The Next Generation Indoor Residual Spray project, known as NgenIRS, will support countries in obtaining new and effective insecticides at lower prices to spray walls in homes and fight growing insecticide resistance. Over four years, the project aims to protect as many as 50 million people from malaria in 16 African countries. Despite its effectiveness in combating malaria, indoor spraying of walls has fallen by 40 per cent in the past four years. The drop is due to increased resistance of mosquitoes to older products and higher cost of new alternatives.

IVCC will team up with the US President’s Malaria Initiative, Abt Associates, PATH and the Global Fund to work with industry and country malaria-control programmes to make alternative insecticides with high efficacy more readily available in countries with a high burden of malaria. The initiative will use a co-payment from Unitaid to bring down the price of these new and more effective products in the short term.

A further aim is to reduce the cost of procuring products in the long term through improved forecasting and increased competition among manufacturers.

Welcoming the project, Dr Nick Hamon, IVCC CEO said, “recent evidence has shown that insecticides are the first line of defence against malaria, responsible for nearly 80 per cent of malaria cases averted since 2000. We are working with our industry partners to bring to market as soon as possible novel insecticides that are in the pipeline.’

Lelio Marmora, Executive Director of Unitaid said that the initiative would bolster the central role of insecticides in controlling malaria. “If the insecticide resistance continues to spread unabated, there could be 120,000 more deaths from malaria a year”, he said. “Unless newer insecticides are used, we run the risk of considerable reversals in the fight against malaria. This is the first of many other initiatives by Unitaid to control the spread of malaria-transmitting mosquitoes.”

Speaking at the launch of the project, Dr Pedro Alonso, Director of the WHO Global Malaria Programme, said that it would help maintain the effectiveness of vector control in the short term and encourage competition as prices decrease and demand grows. “Effective vector control is a cornerstone of our global strategy for malaria,’ he said. “It is responsible for many of the gains seen over the last decade in malaria control and elimination. We welcome this joint initiative to accelerate the development and deployment of new insecticides and vector control tools.”

Find out more at www.ivcc.com/market-access/ngenirs/