A New Insecticide to be Used to Fight Malaria 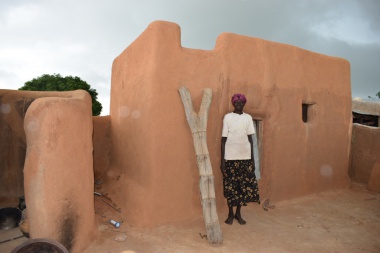 Geneva/Liverpool – Unitaid, the Innovative Vector Control Consortium (IVCC) and Japan’s Sumitomo Chemical Company (SCC) are excited to announce the use of a new generation insecticide to be used for indoor residual spraying (IRS) to fight malaria.

IRS is a powerful way to rapidly reduce malaria transmission by spraying insecticides on indoor walls and ceilings where malaria-carrying mosquitoes are likely to rest after biting people. However, many mosquitoes become resistant to the insecticides that they come into contact with most often. New insecticides are therefore needed to minimize the threat of resistance.

SCC’s new malaria vector control product – SumiShield® 50WG- will be used in a Unitaid-funded project that aims to create a more sustainable market for next-generation IRS products at affordable prices. This NgenIRS project is being implemented by IVCC and its partners, including the US President’s Malaria Initiative, Abt Associates, PATH and The Global Fund.

The SumiShield product, which was prequalified by the World Health Organization (WHO) in late October 2017, is one of two new insecticides that will allow malaria programmes to pre-emptively rotate new generation insecticides in countries and fight resistance. The formulation has proven effective in WHO-supervised trials and continues to work for up to nine months after spraying, even against highly resistant mosquitoes.

Countries will have the ability to effectively implement the WHO’s Global Plan for Insecticide Resistance Management (GPIRM) now that there are two new generation IRS products to work with and more are expected to enter the market in the next two years. Rotating insecticides is one of the key strategies to manage resistance.

According to WHO, nearly half the world’s population is at risk of malaria and despite great gains made in recent years, there are still over 200 million new cases every year.

Dr. Nick Hamon, IVCC’s Chief Executive Officer, said: “We know vector control saves lives and resistance to insecticides is threatening the huge gains made so far in reducing deaths from malaria. We desperately need effective chemistry with modes of action new to public health to combat these resistant mosquitoes, and enable rotation with other products.”

Since its inception in 2016, the NgenIRS project has supported spray operations in 12 African countries and the procurement of over 4.5 million bottles of the new generation insecticide, sufficient to protect an estimated 58 million people. In 2018, NgenIRS will begin operations in two more malaria endemic countries.

“Unless newer insecticides are identified and used, we run the risk of considerable reversals in the fight against malaria,” said Lelio Marmora, Unitaid’s Executive Director.” We are proud to support the NgenIRS project to combat insecticide resistance and ultimately save lives.”

For further information on the WHO prequalification of SumiShield, and the NgenIRS project, please visit: