A Proposal to Incentivize Innovation that Could Help Save Lives 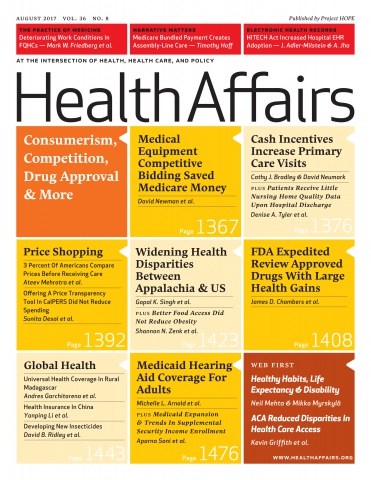 Researchers at Duke University in the United States and UK based Product Development Partnership IVCC have proposed a new mechanism for stimulating public sector product development to fight malaria and neglected tropical diseases (NTDs). The Vector Expedited Review Voucher (VERV) is based on a similar proposal, called the Priority Review Voucher (PRV) that has been stimulating drug development in NTDs in the United States since it was first introduced in 2007.

“It’s about reducing inefficiency in the regulatory process, and using the gains to fix a market failure in product development to benefit society as a whole,” said David Ridley, a professor at Duke University’s Fuqua School of Business and part of the team proposing the voucher reward for approving new public health insecticides through the U.S. Environmental Protection Agency (EPA).

The team’s findings, “A Voucher System to Speed Regulatory Review Could Promote a New Generation of Insecticides to Fight Vector-Borne Diseases,” are published in the August edition of Health Affairs.

Nick Hamon, CEO of IVCC said: “Insecticides used in bednets and for treating homes have prevented millions of deaths from malaria and other diseases. But while the population of disease-carrying insects resistant to current treatments has grown, no new class of insecticides have been developed specifically for public health in the last 40 years because there is little profit opportunity to innovate in these markets.”

The Vector Expedited Review Voucher proposal would offer the company behind the new product an expedited regulatory review for a second, more profitable product intended to protect crops – as a way to encourage large agrochemical companies to invest in developing less profitable innovative products for public health use.

The VERV proposal is based on the system David Ridley, Jeffrey Moe and Henry Grabowski of Duke University proposed for the U.S. Food and Drug Administration a decade ago to encourage the development of treatments for neglected tropical diseases.

Congress made that proposal law in 2007. The FDA has issued 14 vouchers since that program began. They offer review of a drug in six months rather than the usual 10 months, which can make a huge difference to firms bringing a new product to market. Seven of the vouchers issued so far have been sold, fetching as much as $350 million.

“We brought a creative solution to drug development, and now we want to apply it to public health insecticide development,” Moe said.

Ridley and Moe partnered with Nick Hamon, CEO of the IVCC, a UK based not for profit product development partnership (PDP) that works to prevent the spread of malaria and other NTDs. IVCC is funded by the Bill & Melinda Gates Foundation, UKaid, USAID, Unitaid and The Swiss Agency for Corporation and Development (SDC).

“Medicines are an important tool in fighting these diseases, but they are not the only tool,” said Professor Moe. Whereas 65 percent of research and development funding for malaria was for drugs and vaccines, only 6 percent was for vector control, according to the paper. Similarly, the market for vector control insecticides is significantly less than $1 billion, while agricultural chemicals exceed $47 billion in annual sales. The development of a novel insecticide from discovery through to launch can cost between $100-$250m can take up to twelve years, making a return on investment in vector control almost impossible. Awarding a VERV gives an innovator company an opportunity to generate a financial return on an agricultural product as well as reducing the time to market of critically important products.

The Vector Expedited Review Voucher (VERV) proposal incorporates lessons learned through 10 years of the FDA Priority Review Voucher program, by proposing that ensuring that projects that gain a voucher are truly novel and will go where they’re needed.

“Not a week goes by in which we don’t discuss ways we can make the voucher review program better,” Ridley said.

Ridley, who also works with Duke’s Margolis Center for Health Policy, said he expects to see more of the vector review vouchers to be used by the companies that win them, because the industry is dominated by larger players that are less likely to sell to competitors.

“However, we might be surprised,” he said. “There could be companies we’ve never heard of that receive investor funding and develop products because of the potential value of a VERV. That’s one of the beauties of prizes like this – you don’t pick the winners in advance.”