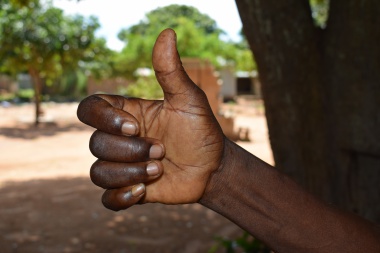 Say Tchau Tchau to Malaria in the Southern African Region

Mozambique represents 3% of the global burden of malaria but the fight-back is in motion. Public-private partnerships in the region are showing great progress in tackling malaria, protecting people and saving lives. Partnerships over the years supporting malaria control efforts have included ministries of health, The Global Fund, The US President’s Malaria Initiative (PMI), Bill & Melinda Gates Foundation, Goodbye Malaria, Nando’s, Coca Cola, Vodacom, BHP Billiton, Mozal, the Unitaid-supported NgenIRS project among others.

In southern Mozambique malaria has become much less of a threat to the lives of people living in the area. The Tchau Tchau malaria programme has been instrumental in this fight, by spraying the inner walls of houses in all of Maputo Province with long lasting insecticides. These insecticides are effective against pyrethroid resistant mosquitoes, but more expensive than the older insecticide options. The Unitaid-funded NgenIRS project has assisted Mozambique since 2017 with the procurement of 3GIRS at lower prices through a co-payment system. Savings to Mozambique have allowed the NMCP and its partners to expand, thereby protecting vulnerable populations from the devastating health and socio-economic impact of malaria.

The Tchau Tchau programme is part of the MOSASWA initiative, that commenced in 2014 to accelerate progress towards malaria elimination goals in this region and includes collaboration between Mozambique, South Africa and eSwatini (previously Swaziland).

Malaria incidence in Maputo province has decreased by almost 50% since 2014. The programme spanned all eight districts in the province in 2018 with a coverage rate of greater than 90%, protecting more than 1.2 million people. The successes, especially the great reduction of burden of disease in southern Mozambique, attest to the value of public-private partnerships with support and leadership from the National Malaria Control Programme. Funding from a consortium of donors, including the Global Fund, the private sector and more recently the Bill & Melinda Gates Foundation, supports further expansion to areas in the Gaza and Inhambane provinces.

MOSASWA is part of the broader southern African Elimination Eight (E8) Malaria Initiative consisting of eight endemic countries in this region. The frontline countries of Botswana, Namibia, South Africa and eSwatini are aiming to achieve zero local malaria transmission by 2020. Other countries including Angola, Mozambique, Zambia and Zimbabwe are setting their goal of saying “tchau-tchau” (bye-bye) to malaria by 2030.  The success of NgenIRS in making multiple affordable 3GIRS products available to enable insecticide-resistance management will be a significant factor in helping to achieve this goal.