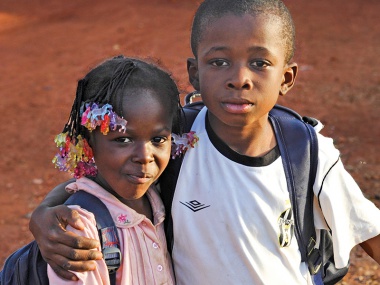 Malaria rates halved throughout sub-Saharan Africa in the years between 2000 and 2015 as a consequence of greatly improved malaria interventions.

These impressive gains reflect a change of emphasis to make vector control a priority in malaria control programmes. Widespread distribution of insecticide-treated bednets made the biggest contribution, together with indoor residual spraying with insecticides through a coordinated control programme in 15 malaria endemic countries. Together these vector control interventions accounted for 78% of the gains.

Globally renowned researchers from leading institutions across the world compiled the figures using a data-driven approach informed by empirical observation in the field. Their conclusions emphasise the key role vector control plays in saving lives and pushing back malaria. They are also a reminder that there is still a long way to go, and the gains need to be maintained: vector-borne diseases like malaria can rebound easily, as past experience has shown.

Maintaining progress is no easy task, faced with increasing insecticide resistance in Africa.  Fortunately, after 10 years of successful development with our industrial partners, new insecticide formulations are already in action and proving effective where there is resistance, anti-resistance bednets are on the near horizon, and several novel public health insecticides for bednets and indoor residual spraying are well on the way, to provide the next generation of vector control tools. But a proactive approach to their use will be essential to prevent future resistance from developing.

Malaria still kills over 433 thousand people a year, mostly children and pregnant mothers; reason enough not to take the pressure off, and to apply all available measures to protect vulnerable people and communities from this ancient scourge. It will need a toolbox of insecticides, drugs, vaccines and diagnostics working together to bring about a permanent solution. Each has a vital role to play, with vector control continuing to be a key element in bringing this vector-borne disease to an end.

This authoritative report* highlights the vital role of vector control in saving lives from malaria, now and in the future. It is worth taking time to consider its analysis. Don’t take our word for it, read the facts for yourself and draw your own conclusions.

*The effect of malaria control on Plasmodium falciparum in Africa between 2000 and 2015. S Bhatt, et al.

Read a review of the Report here