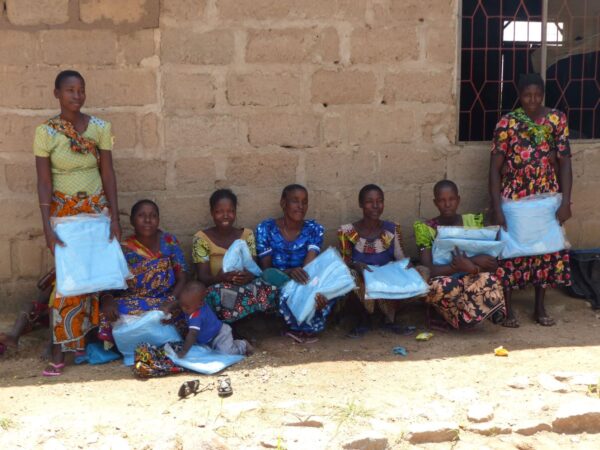 IVCC welcomes the publication in The Lancet of the 24-month results of an epidemiological trial in Tanzania, conducted by the London School of Hygiene and Tropical Medicine (LSHTM) in partnership with the National Institute for Medical Research, Kilimanjaro Christian Medical University College, and the University of Ottawa, to assess the public health value of two dual active ingredient nets compared to standard LLINs containing pyrethroids only.

BASF’s, dual active ingredient net, Interceptor® G2 demonstrated a significant reduction in malaria prevalence compared to a pyrethroid only net, with an overall 44% reduction in malaria incidence in children 6 months to 10 years.  In the RoyalGuard® net study arm, while no effect was seen on incidence, there was an indication that the RoyalGuard® net reduced prevalence, although not statistically significant in the Tanzania study.

Nick Hamon, CEO of IVCC added: “Our collaboration with BASF on Interceptor® G2 goes back many years so we are delighted to see that our investment in early product development support/field testing, and the continued support of our funding partners, has helped deliver such impactful data.  These results are a significant milestone in establishing the necessary evidence base needed to support an appropriate policy recommendation, and to make dual active ingredient nets a sustainable choice for countries looking for the best value for money in controlling malaria.”

Dr Keziah Malm, Programme Manager, National Malaria Control Programme, Ghana Health Service said: “Having access to innovative tools to support insecticide resistance management is critical for countries like Ghana in the fight against malaria. Ghana’s decision to deploy dual active ingredient nets as a pilot was based on our belief that these nets will help us address some of the challenges we were facing with the standard nets. I am very happy to know the study published in the Lancet has shown this: that there can be a significant impact on reducing malaria prevalence with these dual active ingredients nets compared to the standard insecticide-treated nets. I genuinely hope that all stakeholders will put in the needed efforts to get these effective tools deployed to those who need them.”

Dr Philippe Duneton, Executive Director of Unitaid said: “We need better tools to combat mosquito resistance, a growing challenge in the fight against malaria in Africa. The strong performance of the new Interceptor® G2 bed nets in Tanzania is a tremendous step forward, and we are hopeful that these findings, together with research Unitaid is co-funding through the New Nets Project, will bring a powerful new tool to the malaria fight.”

Peter Sands, Executive Director of the Global Fund added: “The strong performance of these innovative insecticide-treated nets is a timely and promising breakthrough which speaks to the power of what public and private partners can achieve when they join forces. As disruptions to malaria services caused by COVID-19 have led to an alarming increase in malaria deaths and cases, these new nets, with other core malaria prevention tools like seasonal malaria chemoprevention, have the potential to help us protect people more effectively, reverse the negative trend and get back on track towards ending malaria by 2030.”

Helen Jamet, Deputy Director, Vector Control, Malaria at the Bill & Melinda Gates Foundation said: “The study results offer new evidence that we can save more children from malaria and help drive down malaria cases by giving countries additional and more effective tools, like the dual-insecticide Interceptor® G2 net, and targeting them where they’re needed most. This also is critical because introducing new tools can help extend the effectiveness of insecticide-treated nets as a category, which prevented 68% of malaria cases in sub-Saharan Africa between 2000-2015.

The results also serve as the latest example of how long-term and innovative public-private partnerships in R&D and financing can deliver high-impact, cost-effective—and in this case, cost-saving—options that are responsive to the needs of endemic countries at a district-by-district level. By using real-time data and improved surveillance to better target the use of new and existing tools and continuing investment in research and development, countries can stay ahead of growing resistance and rapidly drive down malaria cases and deaths to accelerate progress toward eradication.”

Michael Anderson, CEO of MedAccess, said: “These remarkable results from Tanzania are tremendously exciting for everyone who wants to reduce malaria’s burden in Africa. Interceptor® G2’s lifesaving impact, combined with impressive cost-effectiveness data, is a testament to years of partnership to develop, test and implement this effective new tool. We eagerly await the results from the Benin study, which we hope will lead to a WHO recommendation for wider Interceptor® G2 use in Africa.”

24-month data from a second trial in Benin, delivered through the IVCC led New Net Project (NNP), funded by Unitaid and the Global Fund, started one year after the trial in Tanzania, and is expected to be available for WHO review in mid-2022. Both studies will report additional data once the 36-month period is reached and, combined with New Net Pilot evidence pilots across 5 countries, will contribute to the understanding of both Interceptor® G2 and RoyalGuard’s® product performance over time, across various endemicities and resistance profile.

Interceptor® G2 is a second-generation ITN developed by BASF with a combination of chlorfenapyr and alpha-cypermethrin to control insecticide resistant mosquitoes. This novel mode of action in vector control exploits mosquito enzymatic systems against themselves and shows no cross-resistance to other insecticide classes. Unlike pyrethroids, the chlorfenapyr target site of activity is not the insect nervous system. Instead, chlorfenapyr acts, after being metabolized by P450 enzymes at the cellular level, by disrupting respiratory pathways and proton gradients through the uncoupling of oxidative phosphorylation within the mitochondria. The Interceptor® G2 net has a WHO prequalification listing. https://www.who.int/pq-vector-control/prequalified-lists/interceptor_g2/en/  Previously the net was evaluated and given an interim recommendation by the 20th WHOPES Working Group.

Royal Guard® is an ITN developed by Disease Control Technologies to provide vector control through both the personal protection of traditional mosquito knockdown and mortality, as well as a reduction in fecundity of any mosquitoes that manage to survive exposure to the products pyrethroid active ingredient. The intended benefit of the insect growth regulator, pyriproxyfen, is to reduce the fecundity of adult female mosquitoes and, therefore, yield an overall reduction in the vector population by inhibiting egg laying, larval-pupal transformation and the emergence of functioning young adult mosquitos. The Royal Guard® net has a WHO prequalification listing. https://www.who.int/pq-vector-control/prequalified-lists/RoyalGuard/en/

The Global Fund and Unitaid are each investing US$33 million between 2018 to 2022 to introduce new insecticide-treated nets to fight malaria-carrying mosquitoes. The New Nets Project is working to build the evidence base around, and prime the market for, the next generation of nets, which are treated with two different types of insecticide to help improve control of mosquitoes.

The project will generate evidence on the efficacy and cost-effectiveness of the new dual insecticide nets to inform a WHO policy decision on dual-AI nets and guide decision-making around product procurement at the country level. It is expected that the New Nets Project – with its unique design of parallel collection of epidemiological data and cost-effectiveness studies – will significantly reduce the timeline for entry of the new nets into the market.

The U.S. President’s Malaria Initiative and the Bill & Melinda Gates Foundation are key operational and financial partners. A coalition led by IVCC is implementing the project which includes The Alliance for Malaria Prevention, Imperial College London, The Liverpool School of Tropical Medicine, PATH, PSI and Tulane University

IVCC is the only Product Development Partnership (PDP) working in vector control. IVCC was established in 2005, through an initial $50million grant to the Liverpool School of Tropical Medicine (LSTM) from the Bill & Melinda Gates Foundation and has since provided ongoing support for IVCC activities.  As a registered charity in the UK, IVCC is also funded by UK Aid, USAID and the Swiss Agency for Development and Cooperation to work with stakeholders to facilitate the development of novel and improved public health insecticides and formulations to combat the rapidly growing problem of insecticide resistance.  In addition, IVCC is also funded by Unitaid and the Global Fund to implement catalytic market access projects, such as NgenIRS and the New Nets Project which support the rapid and scaled deployment of innovative vector control interventions.  IVCC brings together partners from industry, the public sector and academia to create new solutions to prevent disease transmission. By focusing resources and targeting practical scientific solutions we accelerate the process from innovation to impact.