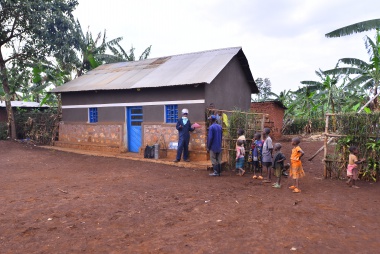 IVCC is pleased to announce that it has secured partnership role on a recently granted contract to Abt Associates to reduce the burden of malaria across Africa.

IVCC is part of a five-year, $472 million contract awarded to Abt Associates, under the Prevention of Mosquito-Borne Diseases through Vector Control IDIQ, by The United States Agency for International Development (USAID) through the U.S. President’s Malaria Initiative (PMI).  Through this contract, Abt Associates will support PMI and USAID to plan and implement an integrated vector control approach with the overall goal of reducing the burden of malaria in Africa.

As a partner, IVCC will be responsible for advising on the Indoor Residual Spraying (IRS) and other vector control product development pipeline and the timing and availability of products for trials and pilot launches.

IVCC will also be responsible for building and negotiating Public Private Partnerships with manufacturers of new vector control technologies and will, in partnership with Abt Associates and industrial partners, lead the planning and project management of the late stages of product development launch.  Through its relationship with Innovation to Impact (I2I), IVCC will also assist in managing products through the WHO/pre-qualification and policy recommendation review processes.

Nick Hamon, CEO of IVCC said: “Since 2000, Africa has seen major reductions in morbidity and mortality from malaria, primarily due to investments in vector control interventions.  IVCC will be able to leverage its expertise in integrating best practices and innovative solutions in the field of product development, product introduction, design of sustainable approaches to vector control and resistance management.”

“Through our partnership with Abt, this project gives IVCC increased connectivity to the market place and an additional route for testing new interventions which will further support our Access programmes.”