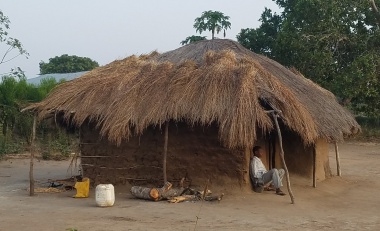 At the 7th Conference of the Multilateral Initiative on Malaria in April members of the NgenIRS project, along with colleagues from around the world, met during a windy week in Dakar, Senegal to discuss the most recent malaria research, control, and elimination findings. Some of the key results presented by members of the NgenIRS project were included in a symposium on the cluster randomized trial taking place in Mozambique to determine the public health impact and cost-effectiveness of indoor residual spraying (IRS) with Actellic®300 CS.

PATH has been partnering with the National Malaria Control Program (NMCP), Centro de Investigação em Saúde de Manhiça (CISM), and the US PMI AIRS project since 2016 to conduct the trial in Mopeia District, Zambezia Province. The study team presented preliminary results describing the epidemiologic and entomologic impact of the 2016 IRS campaign. The trial, which is taking place in an area where parasite prevalence is significantly above 50% in children under five years of age, is broken into two study arms: one arm where households used LLINs, the standard malaria vector control tool in Mopeia (LLINs only), and one arm where households received IRS with Actellic® in addition to LLINs (IRS + LLINs).

Preliminary results to date have shown that in the first six months after the 2016 IRS campaign, RDT-confirmed malaria case incidence at district health facilities was 20% lower in children from villages with IRS + LLINs than from villages with LLINs only. After adjusting for health care utilization rates (around 56% in Zambezia), the analysis shows that an estimated 4,000 cases of childhood (under 5-year old) malaria were averted in Mopeia district during the 12 months after IRS. Entomological surveillance also revealed that the density of An. Funestus mosquitoes collected by CDC light traps during that same time period was 50% lower in IRS versus non-IRS clusters. Further analyses on complete passive case detection, active case detection, and cross-sectional survey data will be forthcoming, along with a comprehensive costing analysis that will shed light on the health system and societal costs of malaria and the cost-effectiveness of 3GIRS interventions in Mozambique.