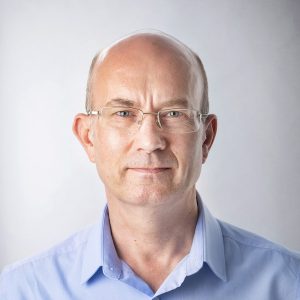 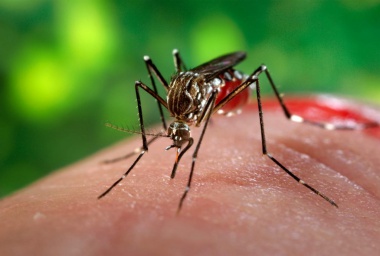 There are thousands of species of mosquitoes that feed on the blood of a wide range of hosts including mammals, birds, reptiles and amphibians. Though the loss of blood seldom debilitates the hosts on which they feed, the saliva of mosquitoes can often result in an immune reaction, leading to a rash. Much more serious though, are the diseases that mosquitoes can transmit through their bites. In moving between their hosts, some mosquitoes transmit extremely harmful diseases affecting humans such as malaria, yellow fever, Chikungunya, West Nile virus, dengue fever, filariasis, Zika virus and other arboviruses.

I first became involved in research on mosquitoes and their control in 1983 when, as a final year undergraduate at the University of Dundee, I did a short research project on the biological control of the yellow fever mosquito, Aedes aegypti, using the ‘elephant mosquito’, Toxorhynchites brevipalpis. Toxorhynchites is a fascinating genus of mosquitoes with a wingspan which can exceed 12 mm. Fortunately, the large adult mosquitoes feed only on nectar and fruit juices. Better still, the larvae are predatory on other aquatic insects including other mosquito larvae.

Since the introduction of DDT in the 1940s, mosquito control programmes have used large amounts of insecticides from different insecticide classes in order to reduce or eradicate mosquito vector-borne diseases. In response to this insecticide selection pressure, mosquitoes have evolved several different mechanisms to resist their effect. The main two types of mechanisms found in mosquitoes are: mutations in the genes of the target site of an insecticide class, leading to target site insensitivity; and changes in the metabolic enzymes inside the mosquitoes meaning that insecticides are broken down before they can have their effect. It was the latter mechanism of resistance that was the subject of my PhD at the London School of Hygiene & Tropical Medicine during which I purified and characterised esterase enzymes associated with insecticide resistance in populations of the southern house mosquito, Culex quinquefasciatus, from Cuba and South America.

Whilst I continued to conduct research on mosquitoes off and on since the completion of my PhD, it wasn’t until very recently that I fully devoted my career to working on them. In 2010, I had what one might call a career epiphany moment, when I decided that I wanted to devote the rest of my working life to the control of mosquito vectors of malaria. As part of a consultancy with IVCC, I was visiting facilities in West Africa conducting vector research. One of the facilities we visited was IRSS/Centre Muraz in Bobo-Dioulasso, Burkina Faso and, during this visit, we went to a village in the Vallée du Kou where they were running a community trial on a new long-lasting insecticidal net (LLIN). As I stood outside one of the village huts, a group of children congregated to see what all of these strangers were doing in their village. We smiled at each other and waved. Then, as we left the village to drive back to town, I learnt that the number of infected mosquito bites these children received every year are in the hundreds and that malaria is the main cause of morbidityand mortalitywith children in the area. This was my motivation for wanting for wanting to join IVCC and, I’m very happy to say, I became a member of the IVCC team in December 2016.