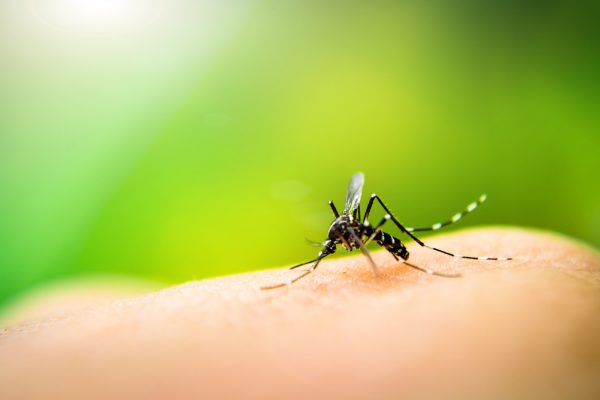 The London School of Hygiene & Tropical Medicine (LSHTM) and its ARCTEC team, IVCC and Liverpool School of Tropical Medicine (LSTM) are launching a brand new free online course on the control of vector borne diseases such as malaria, dengue and Zika virus, to help fight these diseases, which remain as prevalent and dangerous as ever during the current COVID-19 pandemic.

Vector borne diseases account for 17% of all infectious diseases. In recent months, the COVID-19 pandemic has led to the suspension of many national vector control programmes in disease-endemic countries, despite a plea from the World Health Organization (WHO) to government officials discouraging such action.

For example, a recent study has predicted 81,000 additional deaths in Nigeria due to the disruption to malaria control programs caused by COVID-19, further highlighting a critical need for education and training at a community level in coordinating effective vector control practices.

Progress on the control of all vector borne diseases is at great risk and now, more than ever, accurate information and education is needed to ensure vector control is not disrupted.

Now, the LSHTM and its ARCTEC team, in partnership with the IVCC and LSTM, has designed a massive open online course (MOOC) titled ‘The Global Challenge of Vector Borne Diseases and How to Control Them’.

Using videos, presentations, articles and discussions, participants will hear from a wide range of world-leading experts from around the world, and across disciplines including epidemiology, entomology, vector biology, social science and health systems.

The course is specifically designed for anyone with an interest in vector borne diseases and public health. We particularly encourage those working in global and public health to enroll; including government stakeholders, health workers, those working on vector control programmes, vector researchers and industry employees.

“We are thrilled to launch this exciting new course on controlling vector borne diseases in partnership with IVCC and the Liverpool School of Tropical Medicine. As the COVID-19 pandemic continues to disrupt national vector control programs, it is critically important that education and training in coordinating effective vector control practices happens at a community level and this free course will help to achieve this.”

“IVCC is delighted to have supported the development of this MOOC.  Vector control has proven to be a critical intervention in the fight against malaria.  This MOOC will help anyone with an interest in vector control learn not just the history of vector control but also the advances being made by organisations like IVCC to bring to market novel vector control interventions to address the growing threat of insecticide resistance.”

“LSTM is delighted to have partnered with IVCC and LSHTM to put together this course. Online learning has proved itself to be extremely important during the current situation, especially for those that are unable to attend courses in person, so the MOOC opens the doors and gives access to those who wouldn’t normally have it. Vector control has been critical to the reduction of malaria cases in recent decades and increasing the capacity of vector control now, particularly given the backdrop of programmes being interrupted by COVID and the issue of insecticide resistance, has never been more vital.”

The MOOC, which will officially launch on Monday 21st September, is open for free enrollment on the FutureLearn site via this link.