No Single Solution to Eradication of Malaria: Dr Alan Magill 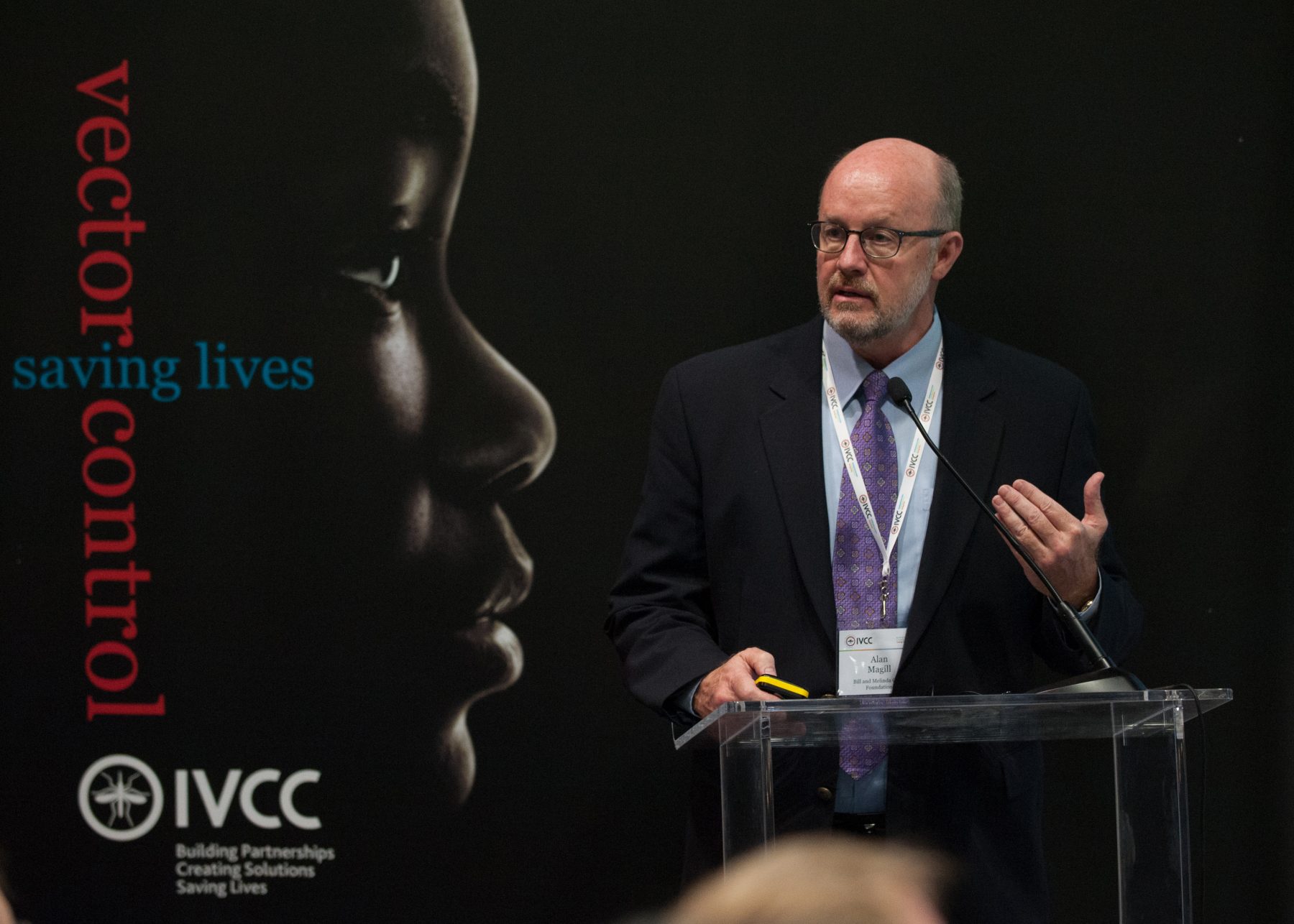 The current control paradigm for malaria is not sustainable in the long term from both a biologic and political perspective, said Dr Alan Magill, addressing the IVCC Stakeholder Day conference in Liverpool.

Dr Magill is a Director of the Bill and Melinda Gates Foundation charged with overseeing the development and implementation of strategies for the foundation’s ultimate goal of the eradication of malaria. He was addressing an audience of vector control and public health experts from across the world, who had gathered together to consider the latest developments in IVCC’s vector control programme. If malaria resurgence is to be avoided, Dr Magill said, eradication is the only strategy that makes sense moving forward.

The fourth principle he outlined concerns the fundamental precepts of evolutionary medicine and correct ecologic thinking. ‘Malaria is a very big complex system.  It’s got the biology, the ecology, the political, and the social pieces,’ he said. It is important to understanding it as a system and then ensure that product development and policies are ‘evolutionarily correct’ going forward.

Dr Magill’s final principle was think globally and impact locally,  ‘there is no one size fits all, no one single solution that’s going to magically lead us to eradication,’ he said.

‘Let’s finish the job,’ he said in conclusion. ‘We don’t like to get distracted by discussions about elimination and eradication.  This is all about saving lives.  It’s saving lives now in sick people and it’s saving lives for ever going forward because we’re going to avert all those deaths by elimination.  It’s a pure simple equation.  We know that this is biologically and technically feasible and we think the new tools that will be developed in the next few years will make a lot of the things we’re talking about much more operational and feasible.’

Turning to IVCC and the stakeholders in the room he said that the next decade would be an intense period of experimentation—’using current tools and new ways, and really thinking about that long term goal of eradication’.

‘IVCC is a hub in the eradication eco system, and through that hub we can reach out to all the talent in the room.  I would say that if there’s a problem out there in the vector space world, well this is the group of people to solve it.  You own it; if you don’t like it it’s up to you to change it.’