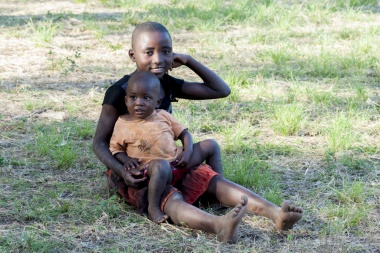 A novel mosquito net that combines the pyrrole chlorfenapyr and the pyrethroid alpha-cypermethrin represents a breakthrough in the development of Long Lasting Insecticidal Nets (LLINs) to control pyrethroid resistant mosquitoes.

A novel mosquito net that kills insecticide resistant mosquitoes which would normally survive exposure to standard pyrethroid treated nets marks a breakthrough in the development of new long-lasting nets that can meet the challenge of malaria control in countries in areas of high insecticide resistance, reports a new study published in Plos One. The project was a partnership between IVCC, the London School of Hygiene & Tropical Medicine, the West African vector control trial site (CREC) in Benin, which together with the chemical company BASF SE, have developed and evaluated a new type of long lasting net, Interceptor® G2.

LLINs that kill the Anopheline mosquitoes which transmit malaria are the simplest and most widely used method to prevent the disease. The World Health Organization (WHO) estimates that over half the population of sub-Saharan Africa now sleeps under LLIN and this has helped to reduce malaria cases by a third and mortality rates by two thirds over the last 15 years.

Until recently, the LLIN technology has been wholly dependent on pyrethroids as the only class of insecticide safe to use on LLIN. The rapid spread of resistance to these insecticides in malarial mosquitoes threatens further progress unless new types of insecticide which are both effective and safe can be developed. Professor Mark Rowland and Dr Raphael N’Guessan of the London School of Hygiene & Tropical Medicine anticipated this problem over 13 years ago. It was discussed with BASF to repurpose an insecticide which previously had been used to control termites and pests from indoor areas including commercial kitchens.

Mark Rowland said: “Back then we knew that selection of resistance to pyrethroids in malarial mosquitoes was only a question of time. The challenge was to identify a suitable insecticide that had right combination of residual efficacy against insects, low water solubility, no cross resistance to other classes of insecticide and was safe to use on nets. Chlorfenapyr, a pyrrole insecticide, seemed to have that rare collection of attributes and we started working with BASF. A few years later BASF and LSHTM had demonstrated chlorfenapyr’s potential in bioassay, subjected it to WHO toxicological risk assessment, and completed the first experimental hut trials, small-scale studies under house-like conditions in West and East Africa”.

In 2011, BASF entered into full partnership with IVCC and set its sights on developing a long lasting insecticidal net which would combine chlorfenapyr and the pyrethroid alpha-cypermethrin.

Dr Susanne Stutz, the BASF Project Manager, said: “Even then it was not plain sailing. Chlorfenapyr would simply not behave predictably in laboratory bioassay. However, when applied to nets and testing in experimental hut trials, chlorfenapyr would always kill mosquitoes that made contact with the netting. The explanation lies in the chlorfenapyr’s unique mode of action. Unlike standard public health insecticide which are neurotoxic, chlorfenapyr disrupts cellular respiratory pathways and is most toxic to mosquitoes which are active at night when they make contact with the net”.

The target product profile set by BASF and IVCC was a chlorfenpyr / alpha-cypermethrin mixture long-lasting insecticidal net that would remain effective against pyrethroid resistant mosquitoes after 20 standardised washes, a threshold established by WHO for all LLIN. Four years later, Interceptor® G2, has fulfilled its initial promise and in experimental hut trials killed over 70% of pyrethoid-resistant Anopheles gambiae when the standard pyrethroid LLIN killed only 20%. The long lasting formulation retained insecticidal activity on the net after 20 standardized washes in soap solution.

Raphael N’Guessan, the scientist who managed the trials in West Africa said: “The unique mode of action of chlorfenapyr means that insecticide resistance based on target site insensitivity in the insect nervous system and other mechanisms shows no cross resistance to chlorfenapyr. The mosquito mortality rates generated by Interceptor® G2 are similar to the rates generated by standard pyrethroid LLIN 10 years ago when most mosquitoes were fully susceptible to pyrethroids”

This publication marks the first of several trials of Interceptor® G2 carried out in African trial sites in Benin, Ivory Coast, Burkina Faso and Tanzania.  BASF has submitted the Interceptor® G2 dossier to the WHO Pesticide Evaluation Scheme for interim recommendation expected in March 2017.

David Malone, IVCC Technical Manager, said: “Africa has become a net using culture. Insecticide treated nets are the most important tool we have to prevent malaria.  This new technology demonstrates that insecticide treated nets will continue to be an essential weapon in the fight against malaria in the future despite pyrethroid resistance.”

The development and evaluation of Interceptor® G2 is the result of partnership between the BASF SE of Germany, the London School of Hygiene & Tropical Medicine,  and IVCC.

The full publication can be found at Plos One: