Scientistsare the Unsung Heroes of Our Age 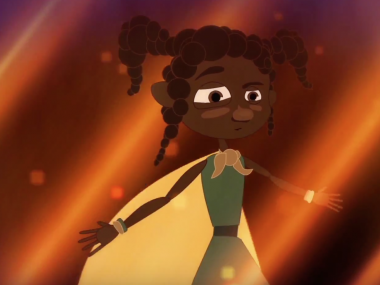 It’s not often that we think of scientists as heroes. More often than not they are portrayed as being a bit geeky, possibly dangerous. But last year, I began to see them in a different light.

I was in a meeting of scientists, quite a few of them chemists. One of our industrial partners was explaining how they were getting on with the search for a new chemical compound to kill mosquitoes.

Frankly, I didn’t understand most of the discussion because it was highly technical, but I saw a picture emerging of the amazing  battle that these scientists were engaged in every day.

To my highly untrained unscientific mind it sounded like this (please forgive me scientists everywhere, I’m a journalist):

‘We tried to add a blob onto the left quadrant of the compound but that didn’t work so we wrestled a grommet from another compound, and looked at how other scientists had tackled the problem in a completely different area. We lassooed some wild elements and added them to the mix, herding a whole tribe of unique components into the circle. And this strange compound seems to work.’

I know that sounds crazy, but that’s what it sounded like. What touched me was the sense of a battle. These scientists, as it were, struggling to defeat a powerful enemy that was fighting back in every direction.

That’s where the idea of Heroic Chemistry came from. It grew when I visited Burkina Faso and saw the work local scientists are doing at our field trial sites. Not only are they testing the new compounds to see if they work where it matters, where malaria is endemic, but they’re also testing to see if local insecticide-resistant mosquitoes are affected by the new compounds. And African scientists, who live with the problem on their doorstep, are also beginning to see new patterns of mosquito behaviour and think about completely new solutions. These are people who’ve suffered from malaria every year of their lives so they know the battleground well.

It’s all very exciting. We are not too far away from having several new designed-from-scratch insecticides available to fight malaria. According to a group of leading academics (Bhatt et al, Nature.com 2015) insecticide treated bed nets and indoor residual spraying with insecticides are responsible for the biggest part of the gains in the battle against malaria over the past 15 years. Nearly 78% of the cases averted are due to vector control, which means about 500 million people protected from malaria.

That’s why the work these scientists are doing is heroic. It really does have the potential to change the world as we know it. Millions of liveswill continue to be saved, millions of children will grow up into healthy productive lives, some of the poorest countries in the world will reap the economic benefits of a healthy population.

That’s why I wanted to make this film. To say thank you to the scientists who, behind the scenes, make it all happen. You’re my heroes.