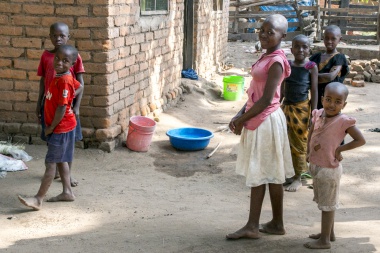 Insecticide treated bednets are highly effective at reducing malaria transmission, despite the rise in insecticide resistance, according to a study carried out by the WHO. But this is not grounds for complacency, according to the President of the American Society of Tropical Medicine and Hygiene, Dr Stephen Higgs. ‘This study provides encouraging news that we have not yet run out of time in battling insecticide resistance’, he said. ‘However, we must take advantage of the time we now have to invest in research, and generate new tools that will allow us to finally defeat this complex and challenging disease.’

Dr Pedro Alonso, Director of the WHO Global Malaria Programme said that the key finding of the study is that treated nets continue to be a highly effective tool in the malaria fight. ’The study supports WHO’s call for achieving universal coverage of long-lasting insecticide treated bednets for all populations at risk of malaria,’ he said.

According to the WHO World Malaria Report 2015, mosquito nets have been the most important malaria control tool in sub-Saharan Africa, accounting for an estimated 69% of cases prevented through interventions since 2001. Since 2000, malaria case incidence has declined by 37% globally and malaria death rates have fallen by 60%.  In sub-Saharan Africa, the region most heavily affected by malaria, cases and deaths have fallen by 42% and 66%, respectively.

Following the study Dr Alonso has called for a global strategy for comprehensive control of disease carrying insects to be high on the agenda for the 2017 World Health Assembly. He said there is a growing need for sustainable approaches supported by enhanced expertise to aid the fight against malaria and other insect-borne diseases.  WHO continues to highlight the urgent need for new and improved malaria-fighting tools to accelerate progress towards global elimination goals and is calling for greater investments in vector control interventions, improved diagnostics and more effective medicines.

IVCC is at the forefront of the fight against disease carrying insects. Intensive research since 2005, with global leaders in insecticide development, has produced a promising pipeline of new anti-mosquito tools currently under development. WHO is revising its process for reviewing and recommending new malaria vector interventions in order to fast track their route to the field.