The Menace of Zika 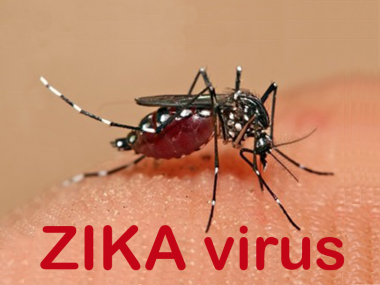 There’s also great concern because of the links to Zika virus and microcephaly, a medical condition in which a baby is born with an abnormally small head, which can lead mental and other complications. Menacing, especially as you can have the virus without being aware of it.

The jury is still out on the specifics of how the virus is spread but there is clear evidence that the main culprit is the mosquito — in this case the species Aedes aegypti, which is also responsible for transmitting yellow fever, dengue fever and chikungunya. It’s reported that the mosquito can bite four or five people in the course of one blood meal, meaning that it can be spread very rapidly. The virus has already been reported in many Latin American and Caribbean countries and some reports suggest as many as 1.5 million people may now be affected.

So Zika virus joins malaria as a threatening mosquito-transmitted disease. There is all manner of crazy speculation around as to how the disease has become so prevalent — it was first identified in Uganda as long ago as 1947. As you would expect with a story that has all the potential elements of media hype, there’s a lot of ‘quackery’ (as one eminent entomologist described it) flying around about about the origins of the current outbreak. So far there is no scientific basis for any of this, but the speculation prompted the WHO to state categorically that there is no evidence linking Zika to genetically modified mosquitos.

So what do we know? To save me repeating what has already been written, consult the briefing paper below: