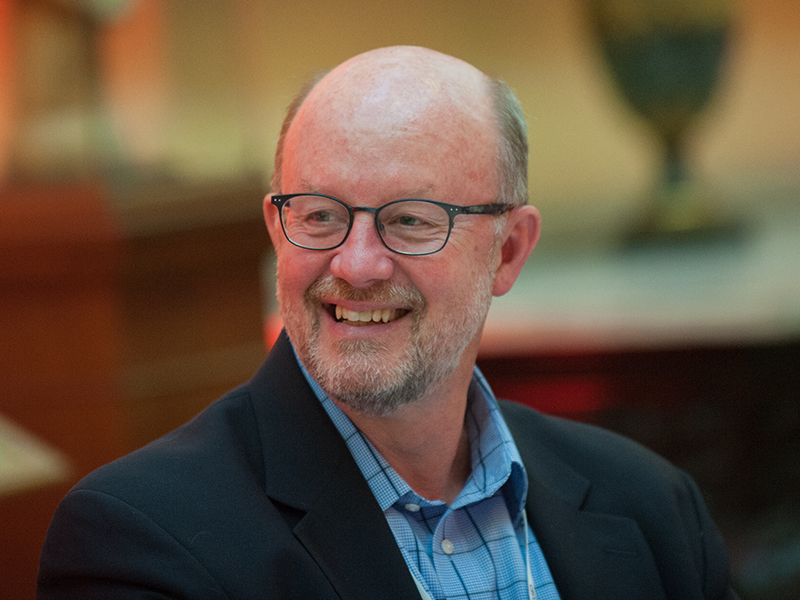 A personal view of the Stakeholder Day 2014, by Journalist Stephen Regan

In his keynote speech toward the end of the forum Dr Alan Magill – Director of the Bill and Melinda Gates Foundation – told delegates: “I have probably the world’s shortest job description. It is two words – Eradicate Malaria. Bill and Melinda are very clear and direct in their communication.”

Dr Magill also proved clear in his communication, making a cogent, detailed case for moving away from control strategies for malaria – to eradication. Control of malaria, as we’d come to understand it over recent years, was left with very few tools and very few strategies, he told delegates.  He named some of those tools and strategies – long-lasting insecticidal-treated nets, IRS with a few different compounds, first generation malaria rapid diagnostic test, ACTs to treat sick people and a few interventions within that preventive treatment.

He acknowledged that applying the limited sets of tools at scale over the last decade or so had led to some remarkable achievements.

But he added: “This control paradigm clearly has … weaknesses.  And one of those, of course, is that these interventions really need to be applied continuously and with great vigour for a long time”.

There was no apparent exit strategy, he observed, and applying the current set of tools for a very, very long time means we will to lose the tools to resistance. That was already happening.

Dr Magill said: “We’ve used the tools … and stratagems we have, in an evolutionary incorrect and ecologically incorrect way for quite some time.”
He predicted that that would be noticed in the funding round-up for replenishment next year, and added: “Every disease, every topic, has its moment in the sun.”

He asked delegates to recognise that eradication of malaria is actually the only pathway forward and to get behind the campaign to Accelerate to Zero. He defined malaria eradication as “actually getting parasites out of people”.

Dr Magill outlined five principles: the importance of precise definitions; complete cure (as opposed to what he called “clinical cure”); tackling the transmission reservoir in asymptomatic people; think global – act local; and approaching everything we do with the fundamental precepts of evolutionary medicine and correct ecological thinking. Of that final principle he said: “Malaria is a very big, complex system. It’s got the biology, the ecology, the political and the social pieces.”

He said: “Probably 90 percent of the parasite biomass is in people who are not infected, who are not ill, who are not coming to you, and today we do nothing about these people, nothing at all.  We’re playing defence, to take an American sports analogy.  We’re just sitting back in health care clinics waiting for sick people to come to us and treat them.  We need to turn the game a little bit and go on offence and go out into the community, finding people and treating them so they can no longer transmit.

The Accelerate to Zero strategy was about complete cure, he said: about finding infected people, completely curing them and getting parasites out of the population, combined with complete prevention – i.e. effective transmission prevention. With it went the goals of preparing for the future and sustaining progress.

Dr Magill spoke of the need to create a good environment for the manufacturers who will deliver the new products needed.

He also addressed the need for entomological intelligence when trying to close transmission gaps in territories such as Cambodia, and the need to build an effective value chain in vector product development.

Dr Magill finished with a rallying call: “Let’s finish the job if you will.  We don’t like to get distracted by discussions about elimination and eradication. This is all about saving lives.  It’s saving lives now in sick people and it’s saving lives for ever going forward because we’re going to avert all those deaths by elimination. It’s a pure, simple equation.  We know that this is biologically and technically feasible and we think the new tools that will be developed in the next few years will make a lot of the things we’re talking about much more operational and feasible.

“We think this next decade will be an intense period of experimentation. This is about using current tools and new ways, and really thinking about that long term goal of eradication.

“We’re building an eco-system, as I call it – the eradication eco-system. As Admiral Ziemer said, we cannot do this by any one group or any one method. This really requires a big team. And putting these hubs together and finding out at the product development level, the implementation level, the political level, well, you can see that it’s actually so complex it’s even hard to imagine.

“But we know that this is essentially a group going forward, and I’ve taken the advantage here to say IVCC is a hub in the eradication eco system, and through that hub we can reach out to all the talent in the room.

“I would say that if there’s a problem out there in the vector space world, well this is the group of people to solve it.  You own it; if you don’t like it it’s up to you to change it.”