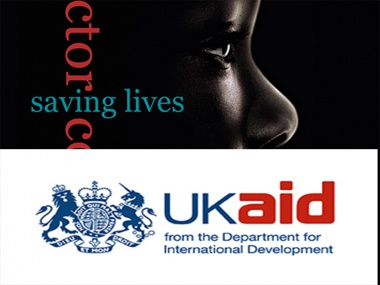 IVCC receives £12 million from the UK Department for International Development (DfID) to develop the next generation of public health vector control tools.

IVCC has been awarded £12 million over the next five years by the UK Department for International Development (DfID) to support the development of new insecticides to combat malaria.
This is part of the UK Government’s commitment to combating diseases that place an enormous burden on the world’s poor. £138 million will go to nine product development partnerships for the development of new tools to treat, control and ultimately eliminate some of the world’s deadliest diseases, including malaria.

International Development Secretary, Justine Greening, said, “The development of new technologies is vital if we are to improve the health of the poorest people through better treatment and prevention, and avoid the unnecessary deaths of children. Working together in product development partnerships, the public and private sectors have a chance to bring together their expertise for the benefit of millions of the world’s poorest and most vulnerable people.”

The CEO of IVCC, Dr Nick Hamon commended DfID for its investment in saving lives amongst the poorest people. ‘This support from the UK government is vital to sustaining the enormous gains that have been made over the past 10 years in preventing malaria through effective vector control tools. Insecticide treated bednets and indoor residual spraying have proved to be very effective at reducing deaths and illness from malaria, but increasing resistance to existing insecticides puts these gains at risk.

With this support from DfID and other major partners such as the Bill and Melinda Gates Foundation, IVCC will move to the next phase in our development of the first new public health insecticides in 30 years. This novel chemistry will play a major part in bringing to an end this entirely preventable deadly disease which kills hundreds of thousands of children annually, devastates families and keeps countries poor.’

Since it was formed in 2005 IVCC has worked with some of the world’s leading agrochemical companies to identify new active ingredients that will form the basis of totally new insecticides for malaria prevention, and ultimately help to bring about the eradication of the disease. Companies partnering with IVCC have recently introduced two new insecticide formulations that prolong the effective life of current interventions and are proving to be valuable additional tools for malaria prevention.