What Next for Zika? 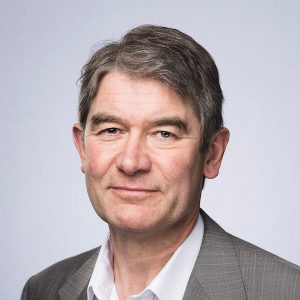 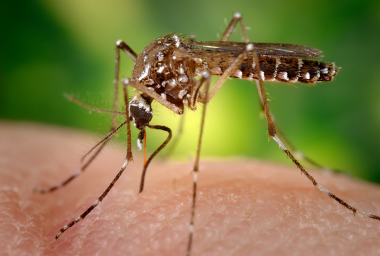 Zika virus was discovered decades ago but wasn’t associated with birth defects until the 2015–2016 outbreak in Brazil. Research by Ling Yuan and colleagues in China, published in Science on 28th September 2017 (A single mutation in the prM protein of Zika virus contributes to fetal microcephaly),  demonstrates that a single point mutation that occurred in the Zika virus in 2013, before an outbreak in French Polynesia, may have been responsible for this virus starting to cause microcephaly (abnormally small head size).

Since the shocking increase in birth defects linked to Zika virus infection was discovered, congenital Zika syndrome has spread to many countries but overall numbers have not increased as rapidly as feared (the Pan American Health Organization reports 2,074 confirmed cases of congenital Zika syndrome in 2015 and up to the end September 2016 and a further 1,615 in the last 12 months). Zika has fallen out of the headlines and is no longer classified by the World Health Organisation as a ‘PublHealth Emergency of International Concern’. Does this mean the problem has gone away and all our attention is now elsewhere? Certainly not!

The problem has certainly not gone away for the children affected by Zika virus or for their families. Congenital Zika syndrome encompasses more than microcephaly. Other symptoms are decreased brain tissue, damage to the back of the eye, joints with limited range of motion and too much muscle tone restricting body movement soon after birth. Some children develop symptoms later and may not exhibit microcephaly at birth.

Nor has the problem gone away for people living in more than 90 countries where Zika virus is present or for travellers to these countries. Currently there are no licensed vaccines or therapeutics available to combat Zika and the advice from the US Centers for Disease Control for pregnant women is to avoid travel to affected areas and for men to avoid unprotected sex with partners for 6 months after returning if trying to conceive (Risk of Zika Selected Destination). A Zika infection is understood to lead to immunity to subsequent infections and this may account in part for the slowing of the rate of growth of the impact of Zika on local populations in the affected zones. However, many young women within these countries have not yet been infected and remain at risk.

What about the research effort against Zika? Is that coming up with any solutions? There are currently over 30 Zika virus vaccine candidates in development. Last year, the Food and Drug Administration approved the first human testing of a Zika vaccine candidate, and this summer, a US$100 million US government-led clinical trial is underway. However, there are considerable technical and commercial challenges ahead, including the complex ethical issues involved in conducting large scale efficacy trials in pregnant women.

What about new methods for control of the mosquito that transmits Zika virus? IVCC is supporting 9 of the projects within USAID’s US$30 million Grand Challenge for Combating Zika and Future Threats. These are research projects run by academic groups based in 5 different continents. They are bringing forward innovations to improve the monitoring and control of the key vector species, the Aedes aegypti mosquito. I am privileged to have been appointed by IVCC to coordinate the support for these 2-year projects which started at the beginning of 2017. Amongst the exciting innovations are automated traps that will count and identify their contents and transmit this information, enabling early detection of the vector and a rapid control response. Four of the projects are creating invisible barriers that will prevent mosquito bites. There are also two projects on new, biological-based control systems.