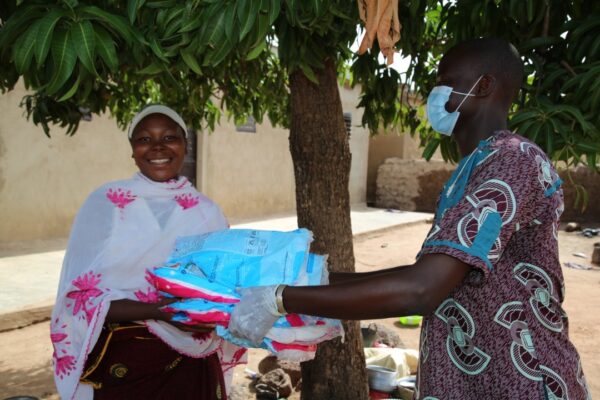 IVCC welcomes the publication in The Lancet of the 24-month results of an epidemiological trial in Benin, to assess the public health value of two dual active ingredient insecticide treated nets (ITNs).

The research was conducted by the London School of Hygiene and Tropical Medicine (LSHTM) in partnership with the Centre de Recherche Entomologique de Cotonou (CREC).

The results show a 46% reduction in malaria incidence in children 6 months to 10 years. Participants of any age had 43% and 39% lower odds of malaria infection at 6 and 18 months after ITN distribution.

This study follows the publication of a sister epidemiological trial carried out in Tanzania and published in The Lancet in 2022. The results of the randomised control trial (RCT) also demonstrated significant reduction in malaria prevalence over a 24-month period, with a reported case incidence reduction of 44% .

“Mosquitoes are becoming increasingly resistant to the pyrethroid insecticides used on insecticidal treated nets,” explains Professor Akogbeto, co-author of the study and Medical Entomologist at CRER in Benin, “this reduces the nets’ ability to protect people from malaria, so we must continue to develop and test new tools that have proven public health value and extend the effectiveness of existing tools against resistant mosquitoes.”

The newly published Benin study confirms the significance of chlorfenapyr as an ITN treatment to control malaria in areas with pyrethroid-resistant vectors, compared to pyrethroid-only ITNs. In both trials, analysis also indicates that individuals living in the chlorfenapyr-pyrethroid group benefitted, regardless of whether they were using a study net, suggesting a community impact of the net.

The results of the Benin study provided vital second-trial evidence that will enable the World Health Organization (WHO) to make policy recommendations on this new ITN class.

Nick Hamon, former IVCC CEO says: “Combined, the results of the epidemiological trials in Benin and Tanzania provide a robust and cumulative evidence base to support an appropriate WHO policy recommendation for Interceptor® G2. The research shows IG2 nets show a significant reduction in malaria incidence, prevalence and transmission and demonstrate good public health value.”

As during the Tanzania trial, DCT’s RoyalGuard® pyriproxyfen-pyrethroid nets were also tested in the Benin study. While the results indicate RoyalGuard® ITNs did not provide additional protection against malaria infection, there was evidence for an impact to indoor transmission. Lower net use in the RoyalGuard® group could contribute to the lack of impact, more research is needed to fully understand the results.

Both trials have been delivered through the IVCC led New Nets Project (NNP), funded by Unitaid and the Global Fund. The studies will report additional data once the 36-month period is reached and, combined with New Net Pilot evidence pilots across 5 countries, will contribute to the understanding of both Interceptor® G2 and RoyalGuard’s® product performance over time, across various endemicities and resistance profile.

Interceptor® G2 is a second-generation ITN developed by BASF with a combination of chlorfenapyr and alpha-cypermethrin to control insecticide resistant mosquitoes. This novel mode of action in vector control exploits mosquito enzymatic systems against themselves and shows no cross-resistance to other insecticide classes. Unlike pyrethroids, the chlorfenapyr target site of activity is not the insect nervous system. Instead, chlorfenapyr acts, after being metabolized by P450 enzymes at the cellular level, by disrupting respiratory pathways and proton gradients through the uncoupling of oxidative phosphorylation within the mitochondria. The Interceptor® G2 net has a WHO prequalification listing. https://www.who.int/pq-vector-control/prequalified-lists/interceptor_g2/en/  Previously the net was evaluated and given an interim recommendation by the 20th WHOPES Working Group.

Royal Guard® is an ITN developed by Disease Control Technologies to provide vector control through both the personal protection of traditional mosquito knockdown and mortality, as well as a reduction in fecundity of any mosquitoes that manage to survive exposure to the products pyrethroid active ingredient. The intended benefit of the insect growth regulator, pyriproxyfen, is to reduce the fecundity of adult female mosquitoes and, therefore, yield an overall reduction in the vector population by inhibiting egg laying, larval-pupal transformation and the emergence of functioning young adult mosquitos. The Royal Guard® net has a WHO prequalification listing. https://www.who.int/pq-vector-control/prequalified-lists/RoyalGuard/en/

The Global Fund and Unitaid are each investing US$33 million between 2018 to 2022 to introduce new insecticide-treated nets to fight malaria-carrying mosquitoes. The New Nets Project is working to build the evidence base around, and prime the market for, the next generation of nets, which are treated with two different types of insecticide to help improve control of mosquitoes.

The project will generate evidence on the efficacy and cost-effectiveness of the new dual insecticide nets to inform a WHO policy decision on dual-AI nets and guide decision-making around product procurement at the country level. It is expected that the New Nets Project – with its unique design of parallel collection of epidemiological data and cost-effectiveness studies – will significantly reduce the timeline for entry of the new nets into the market.

The U.S. President’s Malaria Initiative and the Bill & Melinda Gates Foundation are key operational and financial partners. A coalition led by IVCC is implementing the project which includes The Alliance for Malaria Prevention, Imperial College London, The Liverpool School of Tropical Medicine, PATH, PSI and Tulane University.

IVCC is the only Product Development Partnership (PDP) working in vector control. IVCC was established in 2005, through an initial $50million grant to the Liverpool School of Tropical Medicine (LSTM) from the Bill & Melinda Gates Foundation and has since provided ongoing support for IVCC activities.  As a registered charity in the UK, IVCC is also funded by UK Aid, USAID and the Swiss Agency for Development and Cooperation to work with stakeholders to facilitate the development of novel and improved public health insecticides and formulations to combat the rapidly growing problem of insecticide resistance.  In addition, IVCC is also funded by Unitaid and the Global Fund to implement catalytic market access projects, such as NgenIRS and the New Nets Project which support the rapid and scaled deployment of innovative vector control interventions.  IVCC brings together partners from industry, the public sector and academia to create new solutions to prevent disease transmission. By focusing resources and targeting practical scientific solutions we accelerate the process from innovation to impact.